Peeling away a tar roof to construct a new floor presented a challenge to the PENETRON Specialty Products (PSP) team earlier in the year. Attention to detail and the reliable LEVELINE 15 underlayment helped ensure the renovation project was completed on schedule. 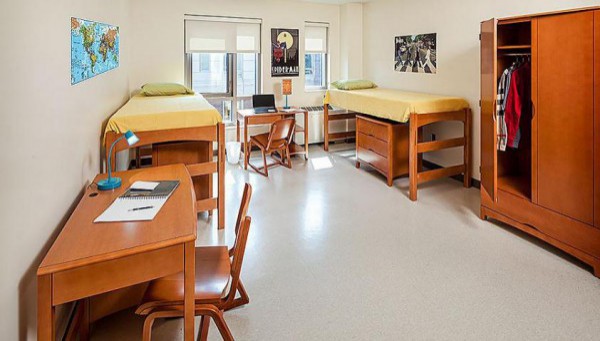 Creating a new fourth floor meant removing the previous tar roof before work could begin. The floor surface prep became difficult because the resulting elevations required installments of LEVELINE 15 underlayment of about one inch in thickness.

If the prep work to remove the tar roof is not done perfectly, the asphalt layer can not only be a bond breaker in the new floor, but actually leech through the layers of the finished floor. This would lead to visible staining of the final VCT or carpet cover layers.

The prep work of removing the roofing and preparing an optimal floor foundation was carried out by Fromkin Brothers, a PSP-certified approved applicator. Once the removal was done, the applicators installed PRIMER STX 100 and LEVELINE 15 underlayment from PSP for the flooring work in the fourth floor overbuild to ensure perfect results. The plumbing risers and floors of the new entry hall were treated with the primer and underlayment from PSP, as well.

The Aquinas Hall project came in on time and on budget – and in time for the new school year.